An article on Star Wars.com has recently announced an upcoming LEGO Star Wars character encyclopedia. The book will feature over 200 minifigures according to the cover and is slated to be released in October 2011. The book will also contain an exclusive minifigure similar to the last LEGO Star Wars book (Visual Dictionary) but that figure is yet to be announced.

I would also like to address an issue about our new forum, a few of you have told me that you have had trouble signing up and I would like you to leave a quick message in our chat explaining whats not working so we can try to fix it.

Thanks everybody and here is the cover for the Character Encyclopedia: 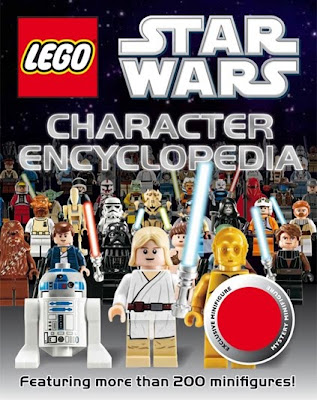