Today famous YouTuber spastic Chuwawa realised a secret video on his account here. He made a post saying that he was hiding a secret video in an annotation in one of his many videos. Well TheBrickUpdate found it before anyone, as the video had zero views when we did. The video is test footage from a BrickFilm he was planning on making a few years back, but never got around to. It was going to utilize brick puppets. This was not an animation but it was still very impressive.

This may start in a new era of brickfilming, for if someone was to make the wires green they could green screen the wires away. I look forward to seeing future videos from people who are imitating this style. 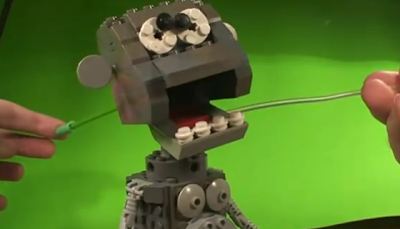 The video the annotation was hidden on was PIRATES WITH LEPROSY.