New Info on Lego Pirates of the Caribbean Released!

As we said yesterday, we would keep you up to date on info on Lego Pirates of the Caribbean. Today we looked around and found out that they are making a video game, but also a new Lego theme. I Previously thought that it was only a rumor that they were making Lego sets on it, but it is now confirmed.I managed to get an average of the prices in US Dollars. No pictures released of the sets to our knowledge, but if they do we will be the first to put them up. If you want to learn more about these sets you can come back to our site later, we will put any news we get about it up! Take care and this is NP9 signing out. 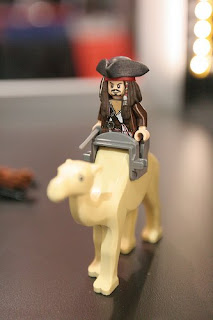