It has become almost a yearly ritual for LEGO to release a video game.
Although most of us thought it had ended with LEGO Harry Potter Years 1-4 that is proved to be not true...What do you get if you shove one of the biggest movie franchises and turn it into a LEGO video game?


Well this picture proves the rumours and whispers of the new installment to the LEGO video game range. 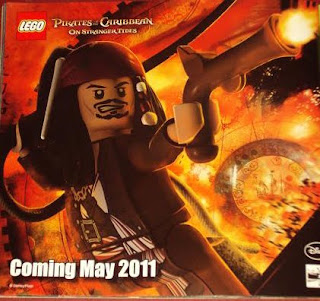 Thats right People! LEGO PIRATES OF THE CARIBBEAN THE VIDEO GAME!
Apparently it will feature not only feature levels from the first three films but also the new release...Pirates Of The Caribbean : On Stranger Tides
The release date of this new game wil coincide with the new movie and quite possibly there will be sets released. Thanks to 09Webcam for informing us of this.

Also Coming soon is the LEGO Disney Cars Sets...Lets keep an eye out for them too! 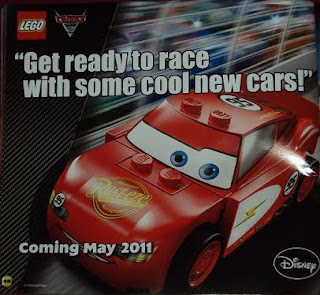