The new BrickArms Modern Combat 2.0 gun pack has been newly released, and BrickArms has really done some changes from their old Modern Combat Pack. This Modern Combat 2.0 pack has been redesigned into more modern and bigger set of guns. The guns that are included in this set are the following: Personally I like this pack for the huge amount of guns, another reason is that it really brings more realistic terms because just buying this pack can make you a Lego armory. 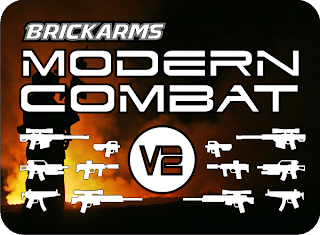